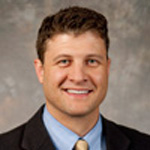 Steven C. Harper is a historian for the Church of Jesus Christ of Latter-day Saints. He was professor of church history and doctrine at Brigham Young University from 2002–2012 and at BYU Hawaii from 2000–2002. Since 2002 he has served as an editor of the Joseph Smith Papers and as document editor of BYU Studies. He earned a PhD in early American history from Lehigh University in Bethlehem, Pennsylvania, and is the author of a book on colonial Pennsylvania titled Promised Land and of Making Sense of the Doctrine and Covenants, along with several articles. His book, Joseph Smith’s First Vision: A Guide to the Historical Accounts, is forthcoming from Deseret Book.