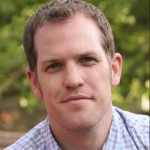 Daniel O. McClellan received a Bachelor’s degree from Brigham Young University in ancient Near Eastern studies with focus on Biblical Hebrew and Classical Greek. He received a Master’s degree in Jewish Studies at the University of Oxford and a Master of Arts in Biblical Studies at Trinity Western University, Vancouver, British Columbia. Currently, he is a scripture translation supervisor for the LDS Church in Salt Lake City and a doctoral student in Theology and Religion at the University of Exeter.