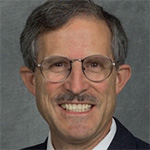 David H. Bailey is a mathematician and computer scientist. He recently retired from the Lawrence Berkeley National Laboratory, but is still a very active research scientist. He has published six books and over two hundred technical papers on topics such as high-performance scientific computing, computational mathematics, financial mathematics and computational biology. He has received the Sidney Fernbach Award from the IEEE Computer Society, the Gordon Bell Prize from the Association for Computing Machinery, and the Chauvenet and Merten Hesse Prizes from the Mathematical Association of America — the only person to have received major awards from each of these three professional societies. Bailey has also written extensively on topics of science and religion in general, and on science and Mormonism in particular. He is the editor of the website ScienceMeetsReligion.org, which includes articles on topics such as evolution, geology, physics, cosmology, and how the awe-inspiring developments in these fields can be seen to be in harmony with modern, enlightened religion. Bailey and his wife Linda live in Alamo, California. He served as a full-time missionary in the Hong Kong-Taiwan Mission, and currently teaches the High Priests Quorum. Linda volunteers at the Oakland Family History Center. They have four married daughters and seven grandchildren.