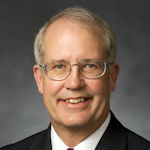 David R. Seely is a professor of Ancient Scripture at Brigham Young University. He received his undergraduate and Masters degree at BYU in ancient Greek and Classics and his PhD from the University of Michigan in Near Eastern studies. Together with Professor Moshe Weinfeld, he published the Barkhi Nafshi hymns from Qumran in the Oxford series Discoveries in the Judean Desert and he co-authored with William Hamblin the book Solomon’s Temple in Myth and History, and with Richard Holzapfel and Dana Pike Jehovah and the World of the Old Testament. In addition, he co-edited with John W. Welch and Jo Ann H. Seely the volume Glimpses of Lehi’s Jerusalem.