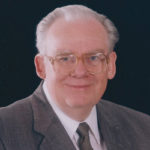 George L. Mitton was raised in Logan, Utah. Following military service, he served in the British Mission (1949-51) and later in many Church callings. He graduated with a master’s degree in political science at Utah State University and did additional graduate studies at the University of Utah and Columbia University. He is retired from a career in education and state government in Oregon, and now lives in Provo, Utah. He assisted for a decade as an associate editor of FARMS Review and published there, in Dialogue and in BYU Studies. He is on the Board of Advisors of The Interpreter Foundation. Married to the former Ewan Harbrecht, they have four children, 20 grandchildren, and 28 great grandchildren.