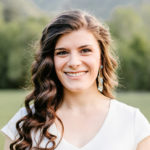 Jasmin Gimenez Rappleye is a content manager, web developer, and graphic designer for Book of Mormon Central. She graduated from Brigham Young University in 2015 with a bachelor’s degree in Ancient Near Eastern Studies. Jasmin has presented at conferences for FairMormon, Book of Mormon Central, and The Interpreter Foundation. Her areas of academic interest include Latter-day Saint temple liturgy and the cultural contexts of the Book of Mormon.