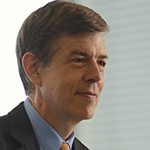 Jeffrey Dean Lindsay recently returned to the United States after almost 9 years in Shanghai, China. Jeff has been providing online materials defending the LDS faith for over twenty years, primarily at JeffLindsay.com. His Mormanity blog (http://mormanity.blogspot.com) has been in operation since 2004. He also wrote weekly for Orson Scott Card’s Nauvoo Times (NauvooTimes.com) from 2012 through 2016 and is currently Vice President for The Interpreter Foundation and co-editor of Interpreter: A Journal of Latter-day Saint Faith and Scholarship. Jeff has a PhD in chemical engineering from BYU and is a US patent agent. He is currently Senior Advisor for ipCapital Group, assisting clients in creating intellectual property and innovation. He was recently the Head of R&D and IP for a US consumer product company, Lume Deodorant, and from 2011 to 2019 was the Head of Intellectual Property for Asia Pulp and Paper in Shanghai, China, one of the world’s largest forest product companies. Formerly, he was associate professor at the Institute of Paper Science and Technology (now the Renewable Bioproducts Institute) at Georgia Tech, then went into R&D at Kimberly-Clark Corporation, eventually becoming Corporate Patent Strategist and Senior Research Fellow. He then spent several years as a Director at Innovationedge in Neenah, Wisconsin, helping many companies with innovation and IP strategy. Every year since 2015, Jeff has been recognized as one of the world’s top IP strategists by Intellectual Asset Magazine in their global IAM Strategy 300 listing based on peer input. He is also lead author of Conquering Innovation Fatigue (John Wiley & Sons, 2009). He is active in the chemical engineering community and was recently named a Fellow of the American Institute of Chemical Engineers. Jeff served a mission in the German speaking Switzerland Zurich Mission. He and his wife Kendra are the parents of four boys and have eleven grandchildren.