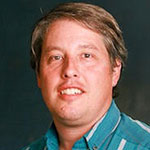 Richard D. Gardner is originally from Logan, Utah, but grew up in several states, mainly Hawaii. He has taught biology at Southern Virginia University (a private four-year liberal arts institution catering to LDS students) since 2004. He earned a BA in biology from Utah State University (1991), a PhD in molecular and cellular biology from the University of Arizona (1998), and did post-doctoral work at the University of Virginia for six years prior to his current appointment. He served a mission in Curitiba, Brazil in the late 1980s. In addition to scientific publications, he is the author of The Heart of the Gospel: Explorations into the Workings of the Atonement, and its sequel, God’s Organizing Power: Explorations into the Power and Blessings of the Priesthood, and was quoted extensively in a July 2016 New Era article on science and religion. Richard is married to Naomi Blair Gardner, and both have been active in the BSA at the district level (Naomi received a Silver Beaver). They have six children (5 living).