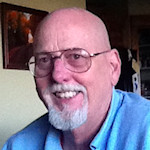 Richley Crapo received his doctoral degree in Anthropology from the University of Utah in 1970. Thereafter, he was employed in the Department of Sociology, Social Work, and Anthropology at Utah State University. He held a dual appointment in USU’s Department of Psychology (1981–1994) and was a faculty member of USU’s Religious Studies Program (2007–2009). He retired in 2009 and now resides in Syracuse, Utah. His area of specialization was Symbolic Anthropology with an emphasis on linguistics, gender, and religion.