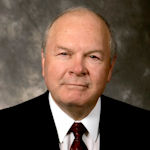 Robert L. Millet is Professor Emeritus of Ancient Scripture at Brigham Young University. In 1983, following the receipt of his PhD in Religious Studies from Florida State University, he joined the BYU faculty. He has served as Chair of the department of Ancient Scripture, Dean of Religious Education, and Richard L. Evans Professor of Religious Understanding. Professor Millet is the author or editor of many books, articles,book chapters, and reviews dealing mostly with the doctrine and history of The Church of Jesus Christ of Latter-day Saints and its relationship to other faiths. For the last twenty years he has been involved in building bridges of understanding and friendship with scholars and religious leaders from other faiths. At present, he and several of his colleagues are involved in formal academic dialogues with Evangelical Christians, the Church of the Nazarene, and the Community of Christ (formerly RLDS Church). He and his wife Shauna have six children and twelve grandchildren and reside in Orem, Utah.