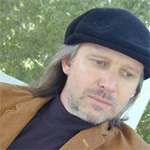 Samuel Zinner (Ph.D. University of Nebraska-Lincoln) is a multidisciplinary researcher and Holocaust scholar who contributed to German Scholars and Ethnic Cleansing 1920-1945 (Oxford/NY: Berghahn Books, 2004), which was awarded the American Library Association’s prestigious “Choice Outstanding Academic Book of the Year Award” for 2005. His books and essays on ancient and modern history and literature have been published internationally in a variety of languages. He has contributed articles to Holocaust and Genocide Studies (Oxford University Press), Religions/Adyan (Doha International Center for Interfaith Dialogue), and other academic journals. He is currently engaged in researching American indigenous history and culture.