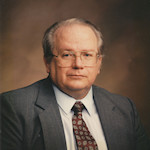 Stephen E. Robinson was born and raised in Los Angeles, California. Between 1966 and 1968 he served a mission to the Northern States. He graduated from the BYU Honors Program in 1971 with a degree in English Literature and Philosophy. In 1978 he received a doctorate in Biblical Studies from Duke University. Brother Robinson taught at five different colleges and universities before coming to BYU in 1986 and served as the department chair in Religion at Lycoming College (a Methodist school) while he was bishop of the Williamsport, Pennsylvania Ward of the LDS Church. He was the first Latter-day Saint to be granted tenure in religion at a non-LDS school. At BYU, he served as the department chair in Ancient Scripture for seven years and has published ten books and thirty-seven articles both in and out of the Church on biblically related topics. The Society of Biblical Literature published his monograph, The Testament of Adam. Two of his books, Believing Christ: The Parable of the Bicycle and Other Good News and Following Christ: The Parable of the Divers and More Good News have each received both the “Best Doctrinal Book” and “Book of the Year” awards from the Independent LDS Booksellers. How Wide the Divide? received a Best Book award from the Protestant publication Christianity Today. Brother Robinson has also received the Deseret Book Award for Exceptional Contribution to LDS Literature and several “best teacher” awards at BYU. Brother Robinson was married to the former Janet Lynn Bowen, who is currently a CPA in Provo, Utah. Together they have six children. Stephen Edward Robinson passed away in his sleep early Sunday, June 17, 2018. He died at home.