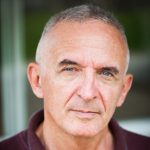 Warren P. Aston is an independent researcher based in Brisbane, Australia. Since 1984 his exploratory efforts throughout the Near East and Mesoamerica have identified the candidates for “Nahom” and the Old World “Bountiful” now accepted by most Latter-day Saint scholars. In 2013 he co-founded the Khor Kharfot Foundation, leading several international teams undertaking fieldwork at the site. He is the author of In the Footsteps of Lehi (1994); Lehi and Sariah in Arabia: The Old World Setting of the Book of Mormon (2015) and numerous papers and articles. Warren’s findings have been reported in Church Education System manuals, BYU Studies Quarterly, Encyclopedia of Mormonism, and the Journal of Book of Mormon Studies. They have also been presented at non-Latter-day Saint forums such as the annual Seminar for Arabian Studies in the UK and in publications such as the Journal of Arabian Studies. His work continues in both Arabia and Mesoamerica, including a major Book of Mormon Central exploratory project focused on the hill Ramah/Cumorah.