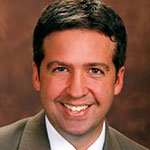 John S. Thompson obtained his BA and MA in Ancient Near Eastern Studies (Hebrew Bible) from BYU and UC Berkeley respectively and completed a PhD in Egyptology at the University of Pennsylvania. He was an employee of the Seminaries & Institutes of Religion for 28 years, most recently as a Coordinator and the Institute Director in the Cambridge, Massachusetts, area. John now researches/writes full-time for Book of Mormon Central. He is married to Stacey Keller from Orem, Utah, and they have nine children and four grandchildren.