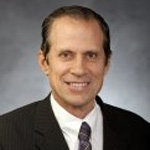 Stephen D. Ricks completed his BA in Ancient Greek and MA in the Classics at Brigham Young University, and then received his PhD in ancient Near Eastern religions from the University of California, Berkeley and the Graduate Theological Union. While completing his doctoral work he spent two years studying at the Hebrew University in Jerusalem. He is now professor of Hebrew and Cognate Learning at Brigham Young University where he has been a member of the faculty for nearly thirty years.