The Passing Parade: Observations on People and Culture

(These sketches, written in my tenth decade, portray aspects of people and culture I have encountered in my life that may be instructive, or at least diverting, to my extensive clan and friends.)

Not long ago (2014) I happened to read an article by Michael A. Goodman, an associate professor of Church history and doctrine at BYU, entitled “Correlation: The Turning Point (1960s)” (pp. 258-284 in Scott C. Esplin and Kenneth L. Alford, eds., Salt Lake City: The Place Which God Prepared {Provo, UT: BYU Religious Studies Center, and Salt Lake City: Deseret Book, 2011}). It is an interesting history of repeated efforts at “correlation” of LDS Church activities and concerns by authorities of the Church throughout most of the 20th century. It’s based on minutes of meetings of various concerned committees and some correspondence of relevant Church officers and employees. What struck me about this history was its failure to identify clearly, let alone to document, the activities of the bureaucratic entity that the Church public knows as “Correlation.” That unit is the apparatus of actual control through which most correlation efforts have been carried out. My own experience with that apparatus may provide supplementary insight into the practice of “Correlation” in the 1970s and 1980s.

By the 1970s I had had considerable experience with and a record of publishing on the Book of Mormon and its ancient setting. My efforts to think seriously about those matters began at BYU in 1949 as a student under Professors M. Wells Jakeman, Sidney B. Sperry and Hugh W. Nibley; as an archaeologist in southern Mexico for the New World Archaeological Foundation in 1953; as an instructor in the BYU Archaeology Dept., 1953-55; as a predoctoral candidate in Anthropology at UCLA 1955-58; and as an avocational devotee of the subject to the present. In 1976 I was on the faculty at the Y attached to the office of the Dean of the College of Family, Home and Social Sciences and functioning as chair of the Department of University Studies (which allowed students to design their own “major” to fit their unique interests). On my own time I was engaged in synthesizing what I had come to understood of the Nephites and their scripture that I had developed by extended study of Pre-Classic Mesoamerican cultures.

At that time I was approached by David Palmer, a professional chemist from the Chicago area and a Book of Mormon buff already acquainted with my published work. He desired an update on what I was doing. He then took it upon himself to talk with Jay Todd, editor of The Ensign, and persuaded him that he ought to hear what I had to say about the Book of Mormon. Brother Todd invited me to make a series of presentations at the Church Office Building where the magazine staff was located. For several months in the fall of 1976 I went to Salt Lake weekly to address an informal sort of seminar attended by various combinations of magazine staff and people from other Church departments (e.g., Curriculum). There I presented discussions sketching out the synthesis I had arrived at that constituted a plausible picture of Book of Mormon lands and history as having been located in Central America, based on geographical, archaeological and related data as well as the text.

Editor Todd enthusiastically accepted my presentations as constituting information that should be published in The Ensign. At his urging I prepared over the next few months a manuscript that incorporated what I had communicated orally in the Office Building gatherings and more. It was divided into seven or eight segments, each intended to form an article in the magazine. Edited, and repeatedly re-edited, this material was submitted more than once to “Correlation” for their approval to appear in The Ensign. That unit consisted of a small group of junior-level editorial employees under the supervision of Brother Roy Doxey, formerly a senior religion professor at BYU. The group responded with comments on points in the material they considered “inappropriate,” representing the point of view (i.e., theirs) of “Correlation.” I was given access to one set of such comments and concluded that the comments were logically and intellectually markedly inadequate.

The jockeying between Correlation and Brother Todd over this material went on for six years or more! Without resolution.

At one point Jay told me, “If I could just get a copy of the manuscript to Camilla and she would read it to [Pres.] Spencer [Kimball] at night, he would approve it, I think.” (So much for the formality of getting approval from Correlation!) But he didn’t go that far. He also confided to me that Brother Doxey had let it be known that no document that claimed that the final battle of the Nephites took place any place other than in New York (which I implied and the scripture requires) would ever gain his approval, inasmuch as he was former president of the Eastern States Mission that included the New York Hill Cumorah (and its pageant) in its boundaries. In any case the impasse continued.

Elder Mark E. Peterson had also weighed in with the opinion that my material, even if correct, was too great a challenge to the “tradition” common among Church members that the Nephites occupied all of North America, and “they were not ready for it.” Nor would Deseret Book consider publishing the work as a book when it had been turned down by Correlation for the magazine. Truman Madsen offered to publish it in the series he was issuing in his professorial role at BYU, but I felt that it was much more desirable that it should come out if possible under formal Church auspices to provide it a more authoritative cachet. During the early ‘80s I was asked by many people to provide them with photocopies of the ms., which had become widely known. Those I furnished at cost, a total of over 1200 (for example, my friend Leonard Arrington bought copies for all his family members).

Finally a break in the inaction came in 1983-84. Critics of the Church and the Book of Mormon at that time were pointing out that assuming the idea that the Nephites occupied the whole Western Hemisphere, as most Mormons continued to do, was contrary to many archaeological and anthropological facts plainly in evidence. A manuscript written years earlier by Elder B. H. Roberts that reflected indeterminately on such issues was finally being prepared for academic publication at the U. of U. Church authorities were concerned about effects such ideas were having on the faith of some Latter-day Saints. An ad hoc committee was formed to consider what countermeasures might be taken (apparently no minutes were kept). It consisted of Elder Peterson, Elder Neal A. Maxwell, Elder George Lee, several other people from concerned Church offices, and, from BYU, Truman Madsen, John Welch and me (I was then in my sixth year as chair of the Department of Anthropology).

In several meetings in late 1983 and early 1984 the group came to the conclusion (under Elder Maxwell’s adroit, quiet leadership) that the idea of a whole-hemispheric scene for the history of the Book of Mormon would need to be quietly given up in favor of a limited geography that was more defensible.**

I was directed to prepare for The Ensign two articles based on my extensive material. Those pieces implied a geographic limitation for the Nephites’ theater of activity in Mesoamerica without explicitly challenging the folk tradition that had earlier been of concern to Elder Peterson. Others of the group were assigned to prepare pieces for publication that clarified and supported certain other points in the Book of Mormon. My articles appeared as “Digging into the Book of Mormon: Our changing understanding of ancient America and its scripture. Parts 1 and 2,” The Ensign 14 (Sept. and Oct., 1984). At the same time a signal was given to Deseret Book that it was okay for them to publish my full material that had so long been struggling to appear in The Ensign. That book came out in 1985 as An Ancient American Setting for the Book of Mormon (Deseret Book and FARMS), and it has continued in print throughout the intervening nearly 30 years.

Obviously “the history” of Correlation, or of any other aspect of Church history, cannot be properly written without including extensive, nitty-gritty details of the sort I report here. It is equally obvious that no comprehensive account could (or maybe even should) be issued under Church auspices in all its necessarily messy detail.

** The logic and advantage of this stance was well phrased by Elder Dallin H. Oaks in a talk given in 1993 (published in 2001 in Paul Y. Hoskisson, ed., Historicity and the Latter-day Saint Scriptures, and reprinted in 2012 in the Journal of the Book of Mormon and Other Restoration Scripture 21(1): 66-72). He said, “For me, [a now] obvious insight goes back over forty years to the first class I took on the Book of Mormon at Brigham Young University. The class was titled, somewhat boldly, the ‘Archaeology of the Book of Mormon’ [taught by Prof. Jakeman] …. Here I was introduced to the idea that the Book of Mormon is not a history of all of the people who lived on the continents of North and South America …. Up to that time I had assumed that it was. If that were the claim of the Book of Mormon, any piece of historical, archaeological, or linguistic evidence to the contrary would weigh in against the Book of Mormon, and those who rely exclusively on scholarship [would] have a promising position to argue [against the historical validity of the record].

“In contrast, if the Book of Mormon only purports to be an account of [what took place in just a part of] the Americas during a few millennia in the past, the burden of the argument changes drastically.” 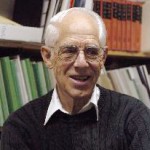 John L. Sorenson, professor emeritus of anthropology at Brigham Young University, holds a PhD in anthropology from the University of California, Los Angeles. He originated the program in anthropology at BYU and headed it for fourteen years. His academic and professional emphasis was in sociocultural anthropology, although since his retirement he has concentrated his research and writing on Mesoamerican archaeology. He was editor of the Journal of Book of Mormon Studies for five years and is the author of more than two hundred books and articles. His book An Ancient American Setting for the Book of Mormon sets forth criteria that cannot be ignored when searching for the geographic setting of the Book of Mormon.
View all papers by John L. Sorenson →